All Collections
Getting Started with Kapiche
Part 2: Analyzing your first dataset
Using Unmapped Verbatims to discover emergent themes in your data

Using Unmapped Verbatims to discover emergent themes in your data

Written by Ryan Stuart
Updated over a week ago

The Unmapped Verbatims tool is a helpful way to easily identify the top terms mentioned in your verbatims that have not been captured by a saved query.

To access this in Kapiche, click on the “Unmapped Verbatims” link in your sidebar and from there, you'll be taken to a page where the first thing you’ll see is a large context network (pictured below).

We find this is most useful when building a reporting framework because as you construct a framework you can easily refer back to this screen to get a sense of the top narratives that you aren’t already tracking. You might find that there is something of interest to be added to your framework, or on the other hand validate that you’ve captured the key threads in your data.

Tip: Hover a term to see the frequency of unmapped verbatims it is found in and click to see those verbatims.

If you scroll down the page you’ll notice some other widgets: 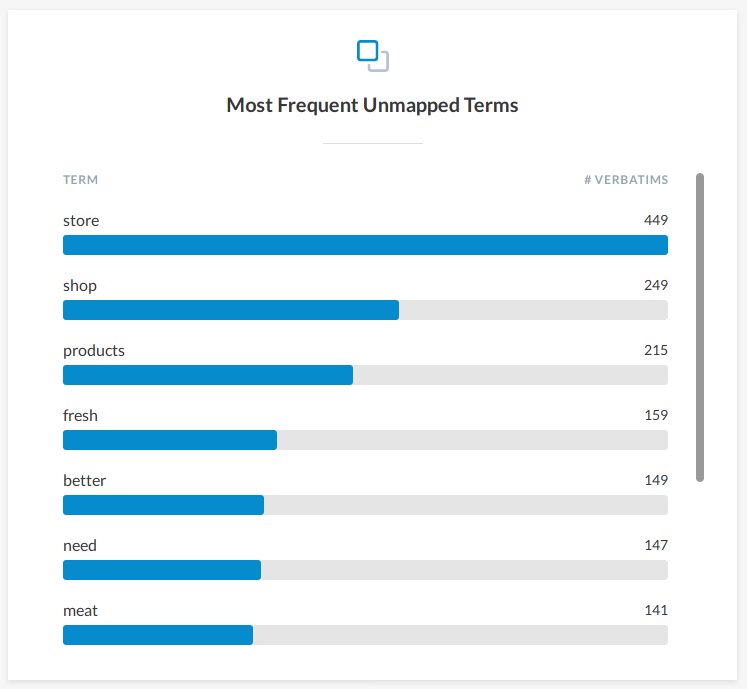 The “Most Frequent Unmapped Terms” chart displays the top terms present in unmapped verbatims ordered by frequency. They should match the terms in the context network. Only terms with a frequency of at least 3 will be included in the chart and network. You can click on an entry to see the unmapped verbatims for that term. 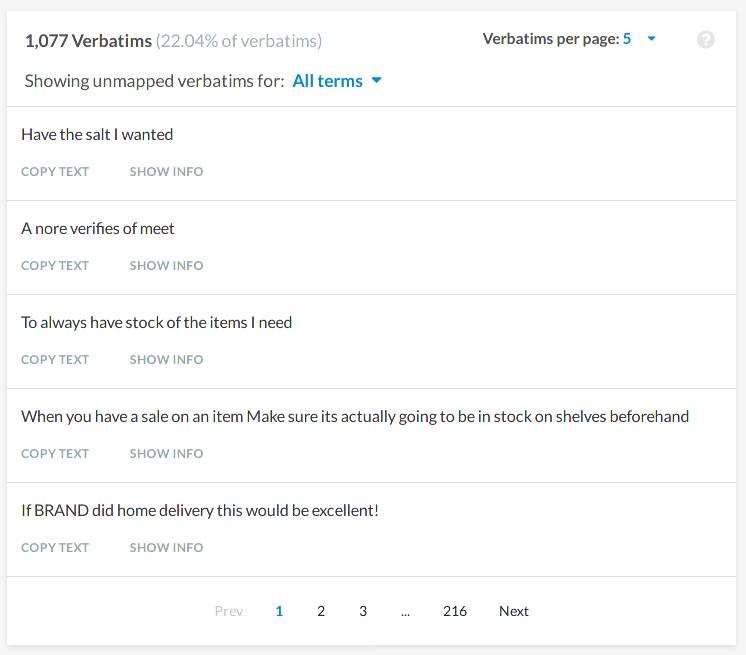 The “Verbatims” widget simply shows all verbatims not captured by a saved query. It can be helpful in exploring the overall composition of your unmapped verbatims. For example, you might notice many instances of one-word verbatims like “Nothing” or “Good”.

By default it shows unmapped verbatims for all terms, but as mentioned previously, cliking a term in the Context Network or Most Frequent Unmapped Terms chart will filter verbatims for that particular term. You can also select a term manually in this widget using the highlighted dropdown. 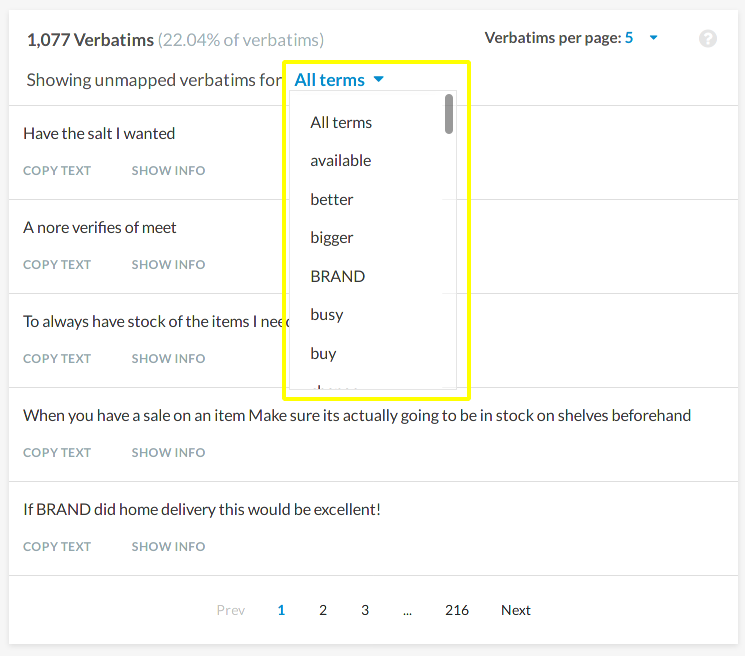 Once a term is selected you will see verbatims highlighted accordingly. You can also click the highlighted link to go to the query page, which will show all verbatims (including those already captured in a theme) for the term. 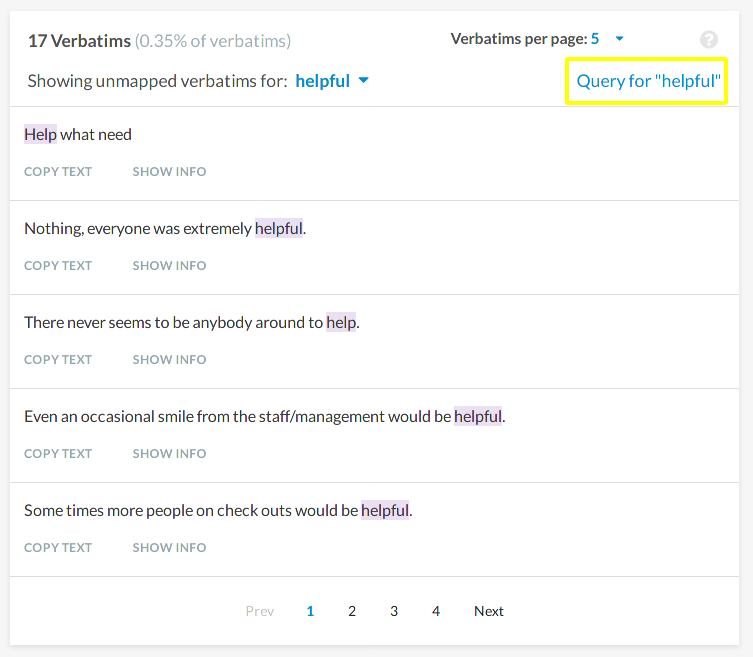 Finally, the “Unmapped Data Statistics” shows a few key pieces of information about the unmapped verbatims in your data.

Most importantly % of all verbatims tells you how many of the verbatims in your data have not been captured by a saved query. This number will depend a lot on your data. For example, for a survey question like “Why did you give us this score?”, there may be a lot of respondents that answer “Good”.

Tracking these answers may not give you a lot of insight, making it a reasonable decision to leave them as unmapped.

Additionally, you might find some terms in your data don’t appear frequently enough to warrant tracking, but collectively they comprise a modest portion of your data. While that’s interesting, tracking them in your reporting framework may not give you any extra insight. Having said that, we find that keeping this statistic around 20% or lower is a good reference point.

Tip: Avg words per verbatim gives you an indication of how long the unmapped verbatims in your dataset are.

You could compare this to the Terms / Verbatim statistic on the “Summary” page, which, for example, might help you identify that the unmapped verbatims are significantly shorter than the rest of the verbatims in your data. Again, this might be indicative of a large degree of generic responses such as “Great” or “OK”.

If you have any questions about Unmapped Verbatims (or anything else!) you can get in touch with us any time by hitting the blue chat button to your right 👉

Did this answer your question?